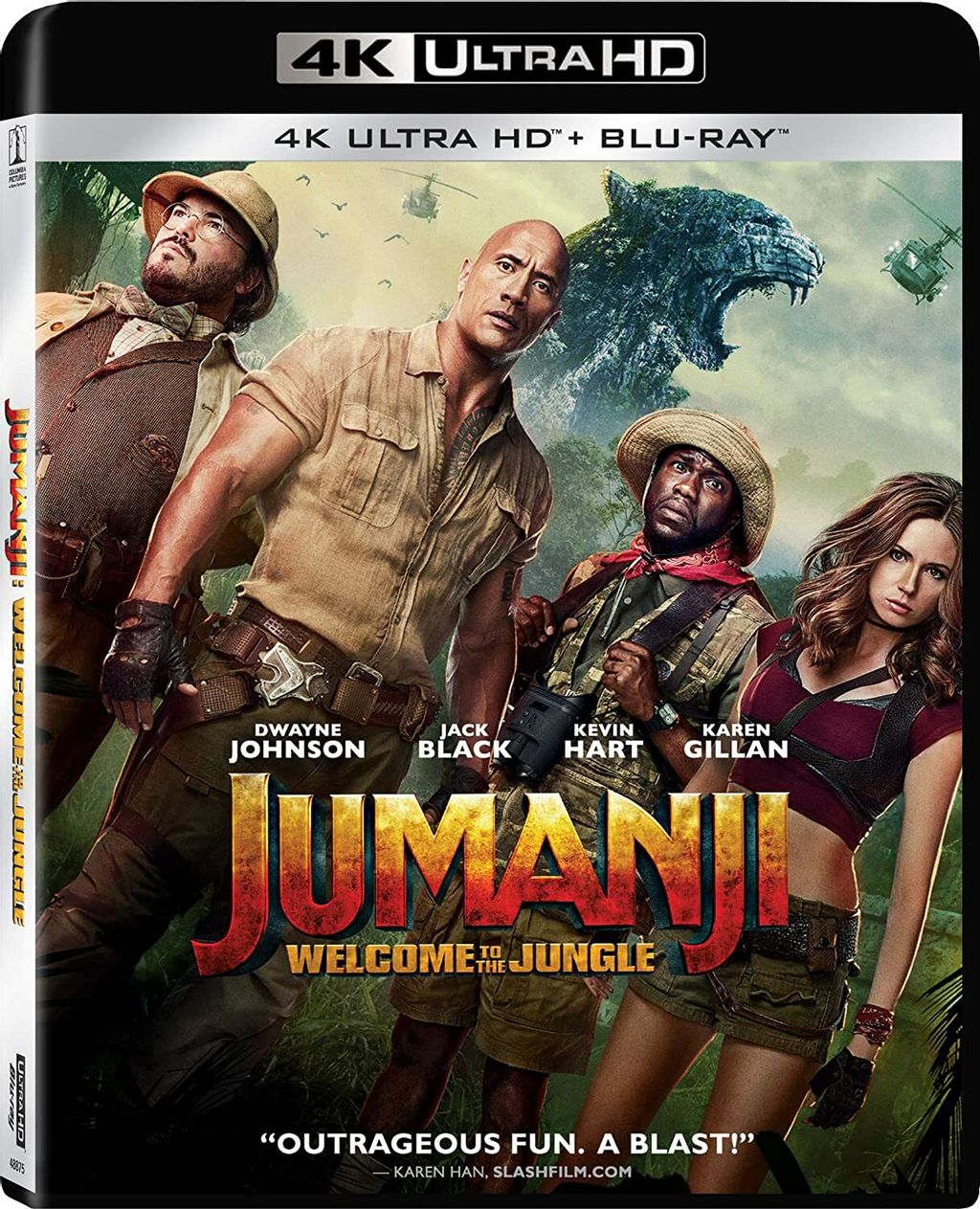 Jumanji: Welcome to the Jungle's 2160p/Dolby Vision UHD presentation offers a moderate-to-meaty uptick in detail and color saturation over the Blu-ray, but neither make for a comparatively striking upgrade, the sort of far-and-away improvements where the UHD just blows the Blu-ray out of the water. To be sure, textural qualities see a fair boost upwards. Facial definition is more complex. Pores are sharper, deeper, more detailed and visible. The increase in complexity is obvious both watching the film straight through and when conducting direct comparisons between the two images. The film was reportedly captured at a resolution of 3.4K and finished at 2K. The source resolution certainly allows for added tightness and efficiency of clarity, and the added sharpness at 2160p resolution means a cleaner, more expertly defined presentation. Improved clarity over the Blu-ray ensures that environments are crisper, clothes are more complex, and that hair is better defined at the single-strand level.

Meanwhile, the Dolby Vision color palette doesn't make any radical changes to the film's coloring when compared to the Blu-ray, but there's a clear uptick in brilliance and color clarity. Natural greens pop with increased depth and punch. Skin tones are fuller. Support hues are firmer and showier. Generally, there's a perceptible increase in color density and nuance, allowing for improved accuracy as well as subtle transitions and minute color details. Black levels remain superbly deep and true. Light source noise remains an interferer but never raises to alarming, never mind distracting, levels. The UHD doesn't improve on a reference Blu-ray by leaps and bounds, but it is a solid enough upgrade that UHD and Dolby Vision-capable fans will want to splurge on this superior version.

Jumanji: Welcome to the Jungle features a Dolby Atmos soundtrack that offers a nice little boost over the standard Blu-ray's 5.1 DTS track. Music is notably larger, not just in terms of speaker engagement but in terms of robustness. It's more aggressive, a little more clearly defined, a bit more of a joy to hear and sort out the score's finest little instrumental nuances and, yes, it certainly helps that there are more speakers to throw sound into the theater. The Atmos configuration allows for a larger, more tangible sonic surface area, and the track makes several good uses of fairly discrete overhead details, including a scene in chapter eight when Bravestone tosses bad guys through a roof and as missiles shoot up from the ground towards a helicopter in chapter 12, followed by a pleasing bit of sonic mayhem as the chopper spins out of control. Action scenes deliver quality detail and sometimes tremendous power, including a rhino stampede that produces some seriously intense low end push. Essential action details are clear and nicely engaged with the entirety of the stage at its disposal, which with Atmos is darn near every inch. Dialogue is clear and well prioritized. Like the movie, this track is just flat-out fun.