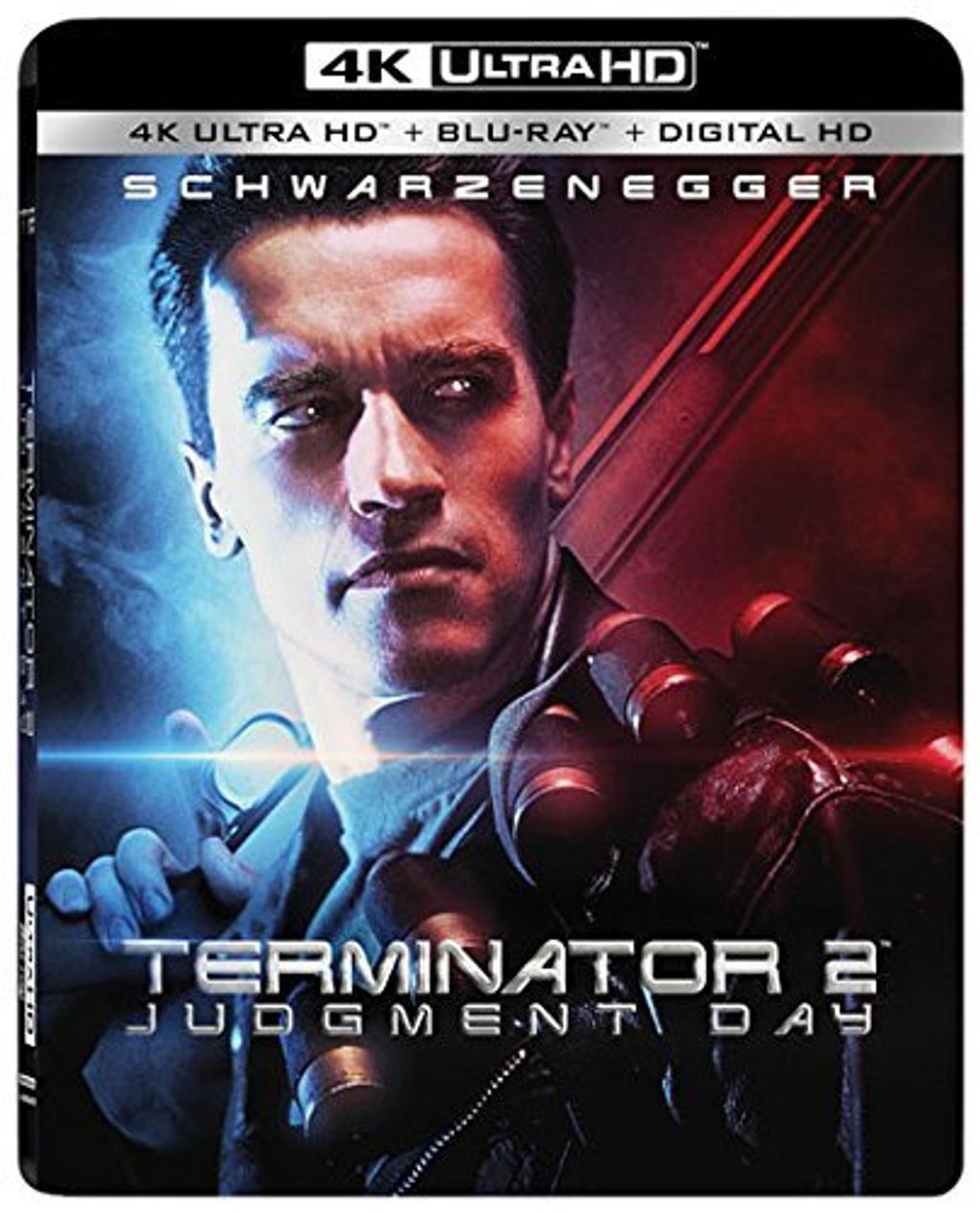 Terminator 2: Judgment Day is presented on 4K UHD courtesy of Lionsgate Films with a 2160p transfer in 2.40:1. Fans have long complained about Terminator 2: Judgment Day's previous home video releases, to the point that some are calling this title "cursed", but it's interesting to note that my colleague Martin Liebman actually gave the first Blu-ray release a 4.0 video rating, even while he complained that the entire transfer was on the lackluster side (several users who have contributed reviews to the site gave the release much lower marks). The two biggest issues most videophiles will have with this new release are the near absence of organic looking film grain and some tweaks to the palette that, for example, add a kind of greenish-teal tone to several scenes that never had them before. Some folks in our forum have complained about excessive sharpening as well, but I saw no really outrageous signs of haloing or other phenomena that would suggest overly aggressive digital tweaking in that particular regard. Now I may raise some hackles with this next statement, but if (and it's a big, maybe massive, if) you can accept the aforementioned two major changes, especially the lack of grain which now gives the entire presentation the sleek, smooth look of modern digital capture, there is definitely an uptick in detail in the 4K "restoration". Even with grain scrubbed, elements like the pock marks on Hamilton's cheek or fabrics of costumes have a decidedly precise and sharp appearance. When some of the "new, improved" grading techniques aren't on display, the palette is actually rather nice looking, and some of the intentionally colored scenes (for example, some of the POV "scan" shots from the Terminator's perspective) pop quite vividly. Fine detail is actually quite good in my estimation in the many outdoor scenes once Sarah has escaped from her "confinement". I'm sure some fans think that both the Blu-ray and 4K UHD discs deserve zero scores in the video department, but I'm actually kind of conflicted. This is revisionism, to be sure, and rather peculiar revisionism at that, but from a (hopefully) purely objective standpoint, to my eyes detail levels are in fact improved in the 4K version. For that reason, I'm splitting the difference and giving the 4K video a 2.5, indicating a barely passing grade. (I've slightly upped the rating for the 1080p Blu-ray, ironically because the lower resolution doesn't provide the same clarity in terms of the some of the deficits in grain and changes to the palette.)

The first Blu-ray release that Marty reviewed years ago didn't even have lossless audio (this later release does), so fans perhaps have something to be thankful for on this new version, since the DTS-HD Master Audio 5.1 mix provides good immersion and some forceful LFE, especially in the film's final act when various showdowns accrue. I've read some complaints on our forum about amplitude, but through my receiver, everything sounded quite energetic, with well placed discrete channelization and regular engagement of the side and rear channels, and no substantial differences that I could discern from the lossless track on the 2015 Blu-ray release. Dialogue is rendered cleanly and clearly and the entire track is well prioritized.