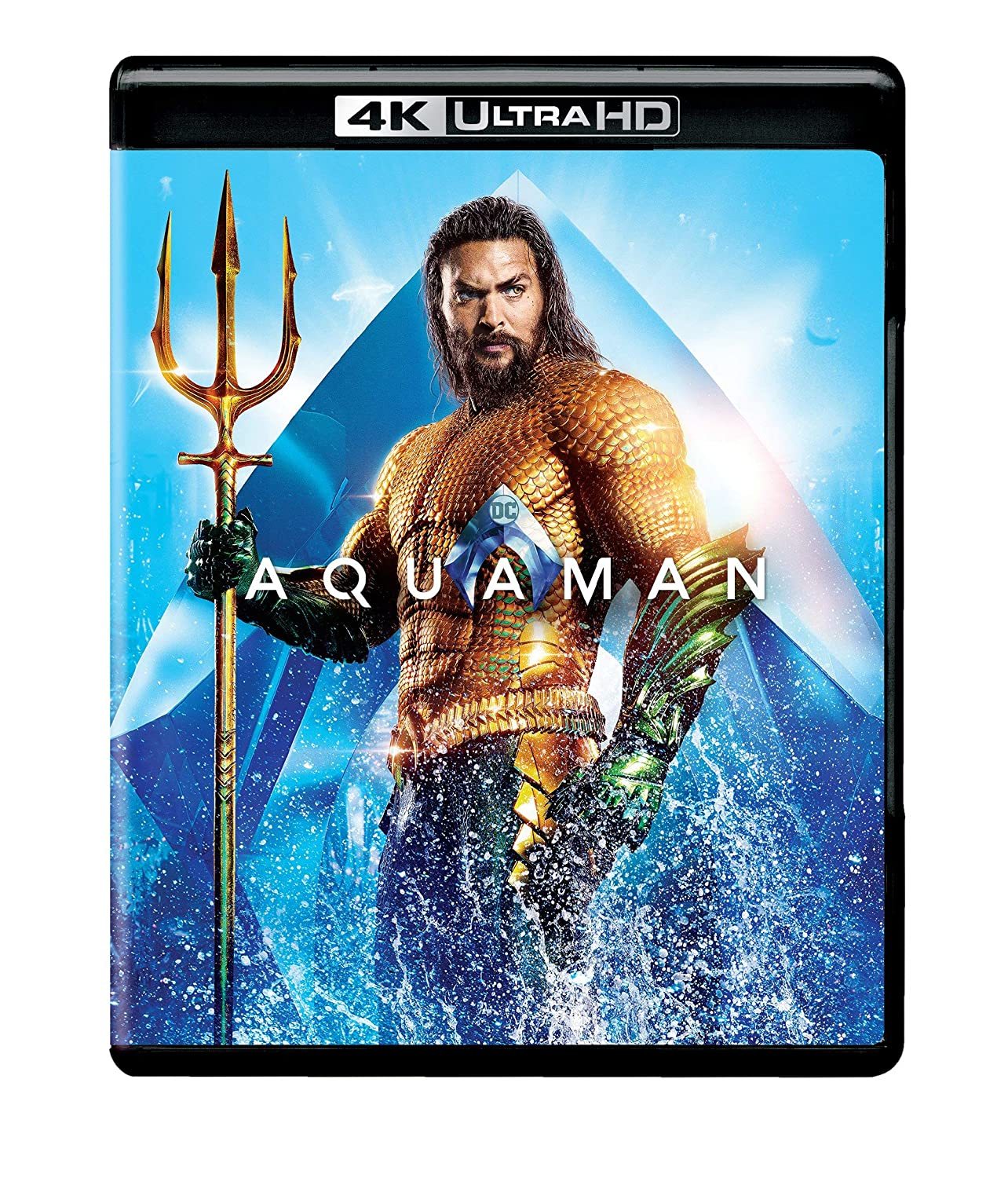 Although Aquaman wasn't filmed in 4K, that doesn't make Warner Bros.' 2160p transfer any less impressive. This is a top-quality effort that stands will the genre's most visually ambitious productions to date: image detail and textures are especially crisp, black levels are rock solid with no noticeable crush, and background depth almost approaches that of a 3D presentation at times. It almost goes without saying the the benefits of HDR breathe even more life into the film's striking color palette, which is undoubtedly the star of this 4K presentation. Aquaman's wide range of locales have their own district appearance: murky underwater depths, warm and inviting interiors at the home of Arthur's father, sun-soaked Sicily and the Sahara Desert, the dark and foreboding Trench, otherworldly Atlantis, and more; these all pop in different ways, while the latter is almost hypnotic in its overall atmosphere. Foreground colors fare exceptionally well too, from the fluorescent red of Mera's hair to the yellow-gold of Aquaman's "official" gear and, of course, an endless sea of blues, both underwater and above-ground. Given the relatively bland palette of most superhero films this decade, it's nice to count Aquaman among those who aren't afraid to flaunt some real color.
In further contrast, the IMAX-framed sequences, which are sporadic early on but dominate the second half, seem to favor a smoother overall appearance and showcase a similarly high amount of depth and clarity. The more expansive compositions give these moments a wide-open atmosphere that, despite their almost random and occasionally jarring contrast when they arrive, feel more comfortable once they've settled in. As a whole, this is a near reference-level effort that accurately preserves the film's ambitious and, at times, overwhelming visuals.

For those who haven't yet upgraded to 4K but want this combo pack for "future-proofing" purposes, the Blu-ray disc is excellent in its own right and, aside from format limitations and the lack of HDR, offers a perfectly acceptable viewing alternative. Please read my separate Blu-ray review for an evaluation of its video presentation.

Equally impressive is Aquaman's Dolby Atmos track, which automatically unfolds to TrueHD 7.1 if your receiver or soundbar doesn't support the format. As expected, this is an incredibly dynamic and, at times, aggressive track that features a great deal of atmospheric effects and channel separation. The most obvious highlight is just about anything underwater, as the rear channels are used to great effect and create a convincing level of immersion. There's also a large amount of space and direction during action scenes, particularly the chaotic climax and an earlier fight between Arthur and his half-brother in a vast, crowded underwater arena. Low frequencies are outstanding and extremely deep -- literally and figuratively -- which adds some weight to the punchy explosions and gunfire, as well as the more sustained lower frequencies during several music cues. Speaking of which, the soundtrack and score also get priority treatment when they kick in, whether designed to amplify aggressive moments or blend in more subtly to the background. Dialogue remains clean and crisp throughout with no obvious sync issues. Overall, this is a top-tier effort that fans will adore. Just remember that Warner Bros.' Blu-ray forces you to choose this Atmos track manually; the default is a decent-sounding DTS-HD 5.1 Master Audio mix. Why they continue to author discs this way (and thirteen years into the format's lifespan, no less!) is mind-boggling...so the sooner they catch up, the better.

Optional subtitles are included in English -- standard and SDH, as well as several other languages -- during the main feature, with occasional burnt-in subtitles for Maori translation. The former are perfectly legible and, due to the shifting aspect ratio, partially sit outside of the 2.40:1 frame during those scenes.