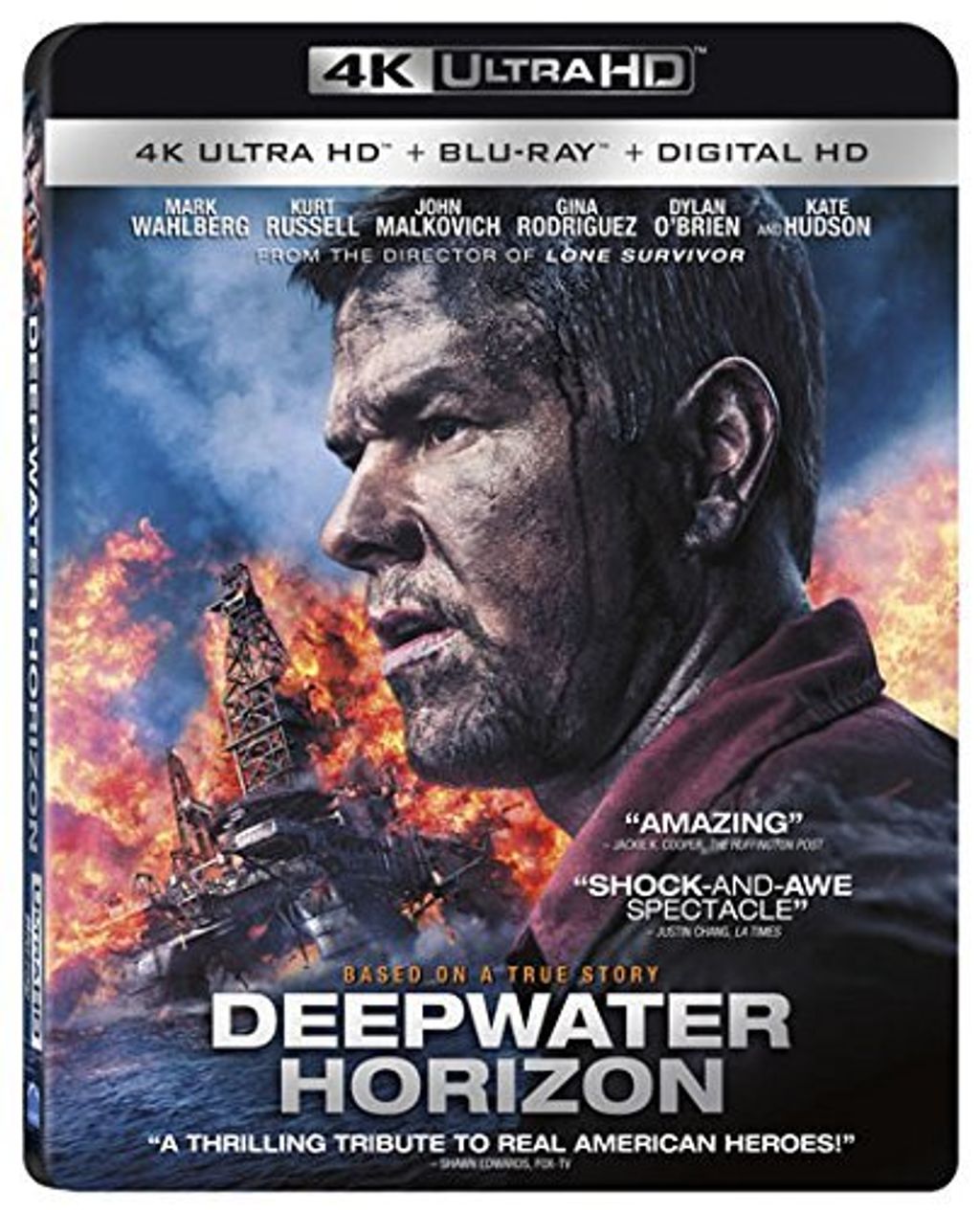 Deepwater Horizon is presented on 4K UHD courtesy of Lionsgate Films with a 2160p transfer in 2.40:1. Shot digitally (at various resolutions, according to the IMDb) with Arri cameras and finished at a 2K DI, the film boasts some surprisingly enhanced visual elements in this new 4K UHD version. There's noticeable new shadow detail in the many underwater scenes, and even in the many shrouded interior scenes on the rig itself. The palette, which isn't really extremely varied, does have some interesting new interstitial tones that offer some increased nuance. Fine detail is exceptional (and a little gruesome as the tragedy unfolds), especially in close-ups. Depth of field is also improved in the many establishing shots that offer wide open views of the ocean. I did notice a couple of interesting things in this 4K UHD version, though. A couple of brief scenes with characters outside on the rig suddenly seemed to be greenscreen material in this version, something that wasn't as apparent to me in the 1080p version. And in a continuing anomaly that several of us reviewers have mentioned on 4K UHD releases, the CGI flames look at least incrementally more artificial at this resolution. Interestingly, this (to my eyes, anyway) was much more apparent during interior explosion scenes than in the wide shots of the rig itself going up in flames.