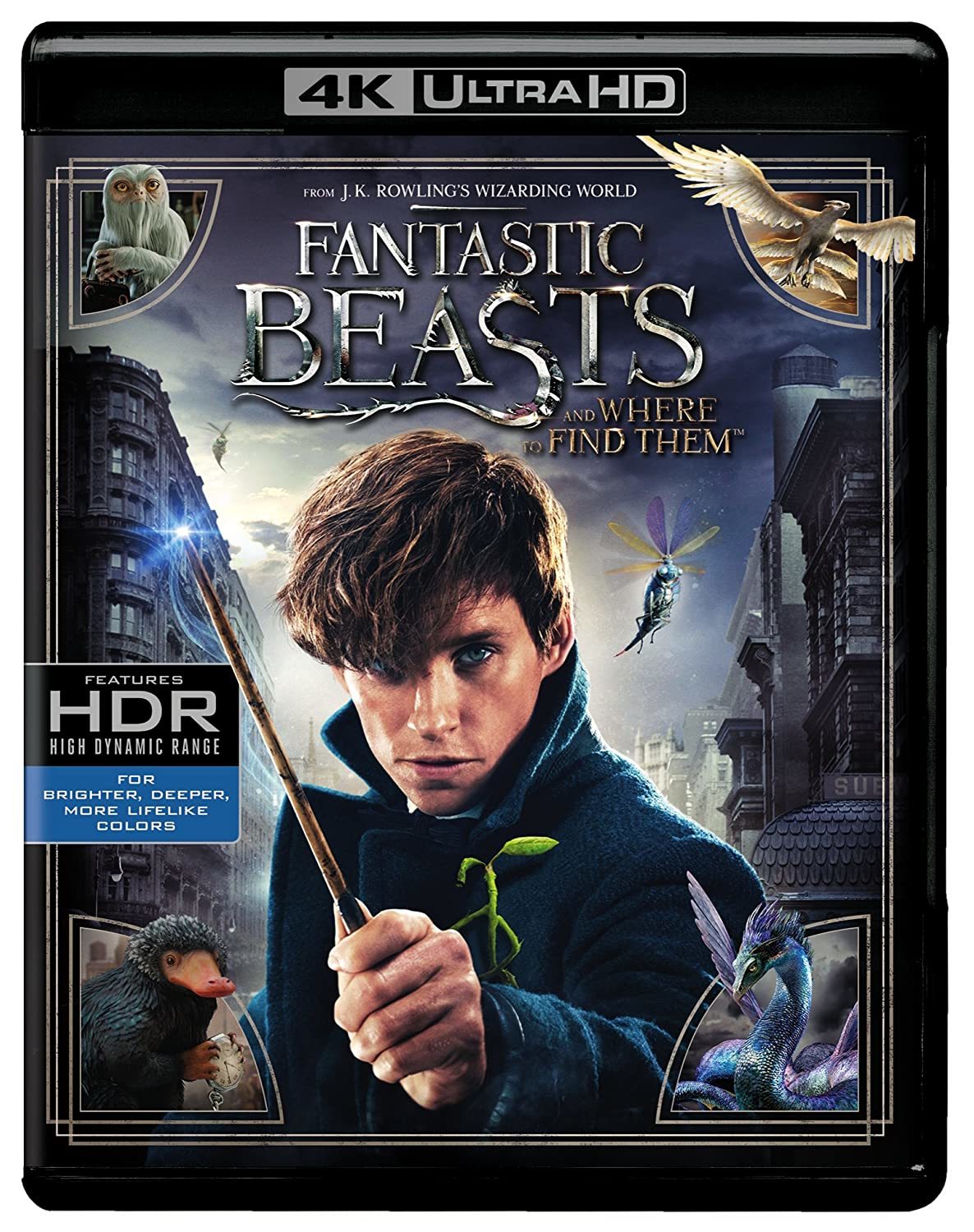 Fantastic Beasts and Where to Find Them 4K Ultra HD Bluray

When this review was first written, the IMDb technical specifications for Fantastic Beasts listed it as a 4K digital intermediate production (derived from a 3.4K ARRIRAW source). That listing has since been changed to a 2K DI, and inquiries to Warner have so far gone unanswered. Regardless of the source resolution, however, the UHD format's superior capabilities are on full display throughout Warner's 2160p, HEVC/H.265-encoded disc, with a noticeable increase in detail and a refinement of textures across the width of cinematographer Philippe Rousselot's busy frame. Examples abound: in the suit worn by MACUSA President Picquery when she is first introduced, which initially appeared to be solid but is now revealed as a subtle pinstripe; in the table settings at the political banquet for Senator Shaw, where individual plates and utensils can now be readily identified; or in the peculiar mixture of feathers and scales that adorn the massive Occamy encountered by Newt and his companions in Macy's. Subtly applied HDR encoding brings out highlights without upsetting Rousselot's careful balance of light and shadow, e.g., when Tina blunders into an international conclave of wizards, and the dignitaries surrounding her remain grouped in shadow but are now more visible and more readily distinguishable from each other. When Newt and Jacob are apprehended by the police outside a jewelry store plundered by the Niffler, there's a brighter gleam to the gems and settings strewn about by the pursuit, which makes Newt's and Jacob's protestations of innocence even more incongruous.

The film's palette appears largely unchanged by the HDR, so that the distinction remains clearly drawn between the dusty, subdued hues of the 1920s New York of the No-Maj population and the brighter, more colorful world of wizardry. The manifold environments and inhabitants in Newt's mystical wildlife preserve are more sharply contrasted with the benefits of 4K resolution and HDR. Fantastic Beasts was already an exciting and memorable experience on Blu-ray, but it's even more so on UHD.

Like the standard Blu-ray, the UHD release of Fantastic Beasts offers a choice between two lossless options, Dolby Atmos (with a TrueHD 7.1 "core") and DTS-HD MA 5.1. Also like the standard Blu-ray, the disc defaults to DTS lossless, so that the superior Atmos version must be selected manually. The Atmos track is reviewed here and the DTS-HD MA track is reviewed here.