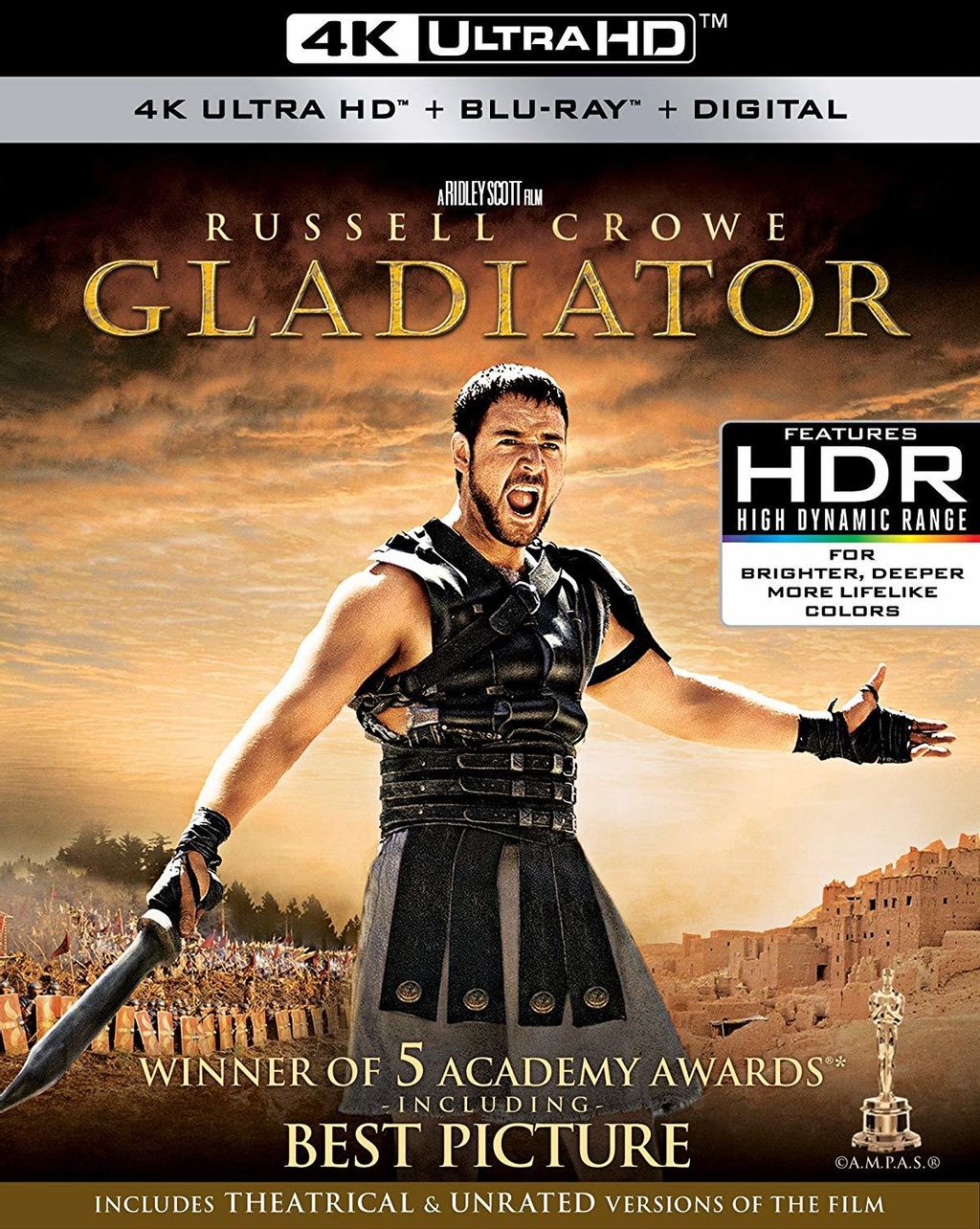 In this epic historical drama from director Ridley Scott, the death of emperor Marcus Aurelius (Richard Harris) throws the Roman Empire into chaos. Maximus (Russell Crowe) is one of the Roman army's most capable and trusted generals and a key advisor to the emperor. As Marcus' devious son Commodus (Joaquin Phoenix) ascends to the throne, Maximus is set to be executed. He escapes, but is captured by slave traders. Renamed Spaniard and forced to become a gladiator, Maximus must battle to the death with other men for the amusement of paying audiences. Determined to avenge himself against the man who took away his freedom and laid waste to his family, Maximus believes that he can use his fame and skill in the ring to avenge the loss of his family and former glory.