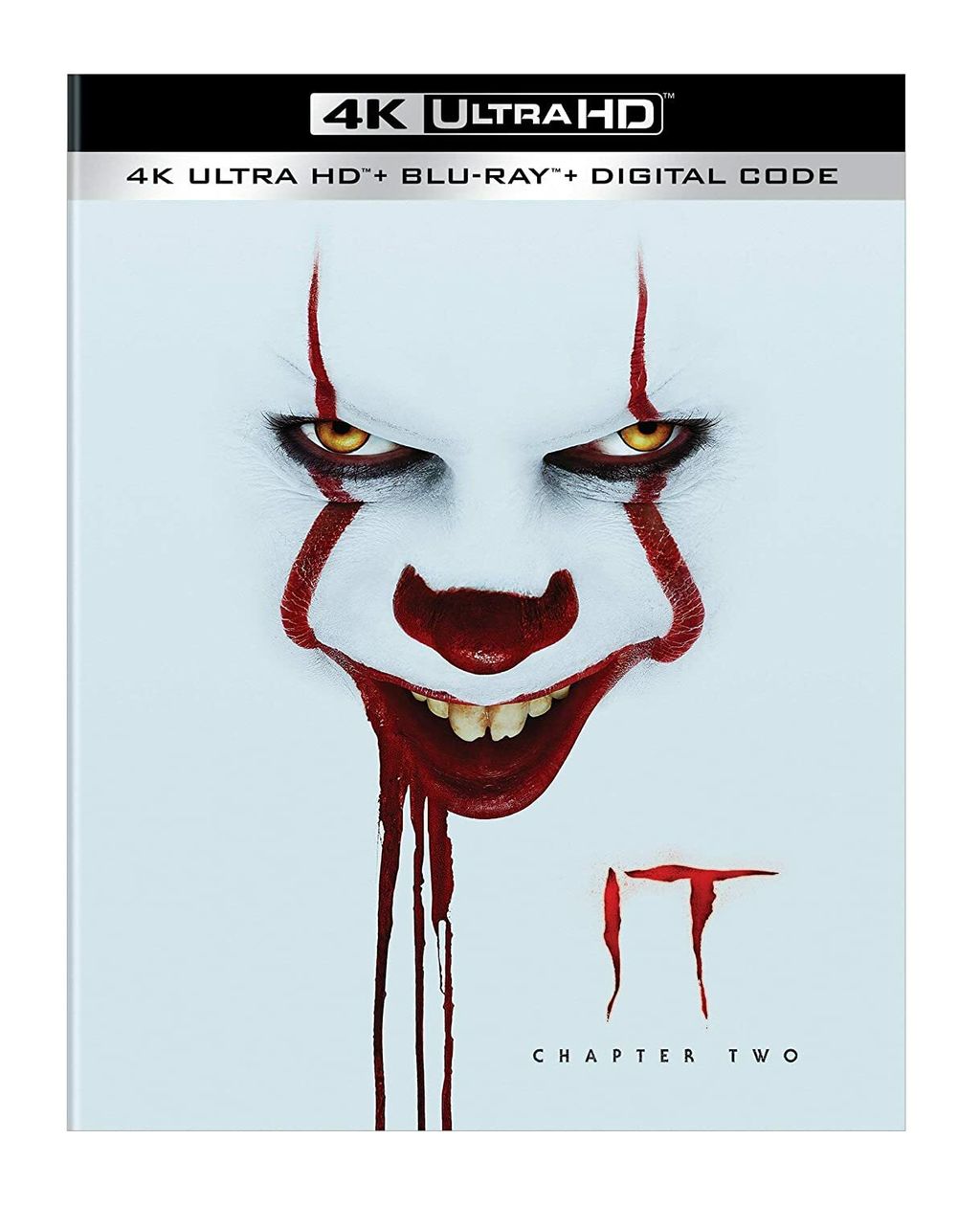 It: Chapter Two is presented in 4K UHD courtesy of Warner Brothers Home Entertainment with a 2160p transfer in 2.39:1. My colleague Michael Reuben wasn't overly impressed with the upgrade afforded to It 4K , but despite this second chapter also being digitally captured and finished at a 2K DI, I found the uptick in fine detail noticeable if on the picayune side at times (more about that in a moment), and the new highlights in the palette courtesy of Dolby Vision quite remarkable at times. There is definitely an at least marginal improvement in shadow detail throughout this presentation, something that immediately visible in the horrifying nighttime scene at the carnival where the two gay men are attacked, and this scene also provides some of the ostensibly mundane elements that enjoy an uptick in fine detail levels, with things like the texture of the concrete pylons holding up a bridge more palpable looking. Even simple framings like Pennywise almost completely shrouded in blackness underneath some bleachers in one of the film's more disturbing scenes shows an improvement in fine detail on the almost etched quality of Pennywise's face. The biggest changes, though, to my eyes were courtesy of HDR, with some really interesting new highlights offered throughout the presentation. In fact, one of the kind of interesting things I noticed watching the film in 4K was how the characters are almost "color coded" at times (pay attention to the kind of orange grading surrounding Beverly a lot of the time, for one example, though there are others, including some good uses of greens and blues surrounding Richie). Kind of hilariously, given the controversy surrounding so- called "teal push" on some releases, the early scene in the studio featuring the cameo by Peter Bogdanovich also has a somewhat more prevalent green-blue tone than in the 1080p version. The greens and especially deep cobalt blues of the big climax sequence are also quite impressive in this version. Some of the CGI still looks a bit on the soft side here, and some passing "flame" effects arguably look even less believable in this iteration, but on the whole, I was pleasantly surprised and often quite struck by the appearance of It: Chapter Two in 4K UHD.

It: Chapter Two features a nicely wrought Dolby Atmos track that provides good, consistent immersion and a nice splaying of both overhead effects and some thundering, rumbling LFE. There are some really interesting mixes of what sound like "real" ambient environmental effects with what might low frequency washes of either foley or maybe even synth patches, which add an ominously foreboding sense to several key sequences. Early scenes like the horrifying attack at the carnival have a glut of surround activity which is also made even more visceral with really smart discrete placement of effects in individual channels. Dialogue, score and effects are all mixed smartly, with excellent prioritization and wide dynamic range. There are no problems of any kind to report.