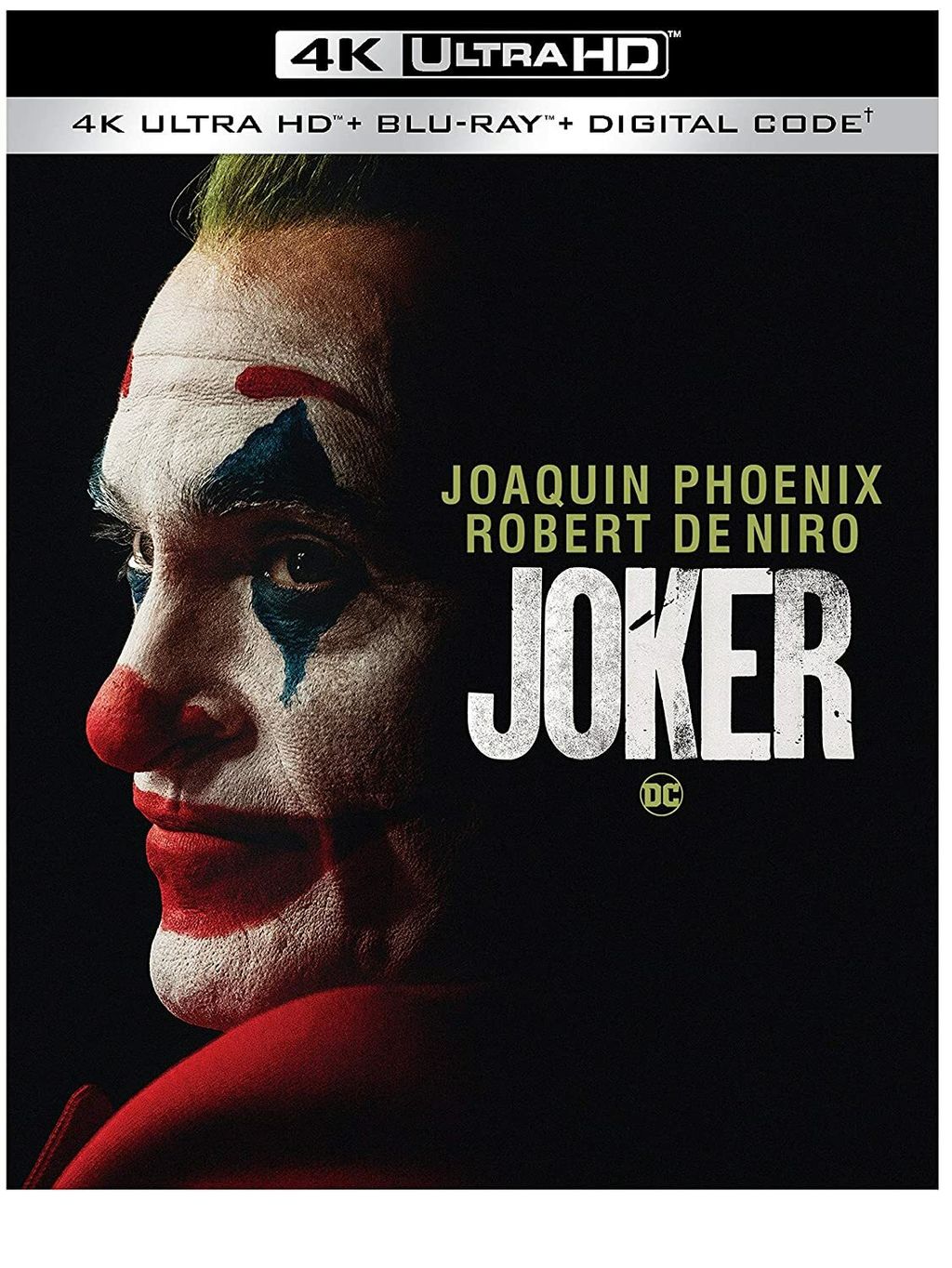 Joker was shot entirely on digital with a variety of high-res Arri Alexa cameras, some as high as 5.1K (5120x2880), and finished at a true 4K digital intermediate. This means that Warner Bros.' 4K disc is a near-perfect representation of the film and, as such, boasts an extremely detailed and impressive 2160p transfer that gets the added boost of HDR color enhancement. While the separate Blu-ray edition is by no means a distant second, this disc clearly offers the tighter image in direct comparison and stands as one of the format's best-looking non-film releases to date. Though somewhat desaturated by design, Joker absolutely pops with color in all the right places: warm era-specific interior decorations (Murray Franklin's set is a particular standout), moody lighting, costume designs, and Arthur Fleck's clown makeup stand out strongly among the colder and more muted color choices that dominate most backgrounds. High Dynamic Range contributes to the transfer's most impressive color-related moments, from an early chase sequence to a deadly subway encounter and its immediate aftermath. Even if your current 4K television is not equipped to decode the full HDR10 signal, you will notice an obvious difference when compared to the Blu-ray's SDR image.

Of course, not all of Joker's visual strengths are color-related. Textures and fine detail are also extremely refined from start to finish, from those aforementioned costume designs to skin pores and caked-on clown makeup. While some of the perceived detail has been artificially produced via a fine grain filter over the digital image, it's a convincing formula that gives Joker an unusually film-like appearance. Modest to strong depth is achieved with various focal techniques, while black levels and shadow detail are both very stable with absolutely no flagrant signs of banding or compression artifacts. Warner Bros.' Blu-ray -- even with its surprisingly low bit rate -- received top marks in the video department, so it's no surprise that the 4K's much heftier 2160p transfer proportionally earns perfect scores by its own rating scale. This is simply a top-tier disc that likely rivals even the best theatrical experience just a few short months ago.

Equally as impressive is Joker's Dolby Atmos mix, which unfolds to Dolby TrueHD 7.1 if your receiver doesn't support the format. Both tracks are as crystal-clear and enveloping as expected, with extremely crisp dialogue and plenty of discrete channel separation that gives the film a very wide overall soundstage. Music really carries a lot of weight here: composer Hildur Guðnadóttir's plaintive, cello-driven original score is an obvious standout, while diegetic music and a handful of era-specific soundtrack cuts (including songs by The Main Ingredient, Jackson C. Frank, Gary Glitter, Cream, Frank Sinatra, and more) also work their way in nicely. Joker also balances very insular, claustrophobic moments with much more expansive ones, depending on mood, location, or even reality vs. hallucination. LFE is more subtle and unsettling than sudden and punchy, effectively sneaking up rather than feeling like a traditional "demo disc". All told, this is a top-notch presentation that does more than enough work for a character-driven drama.

Optional English (SDH) subtitles have been included during the main feature, as well as a variety of foreign dubs and subs, all listed above. These are formatted perfectly with no sync issues and sit inside the 1.85:1 frame.