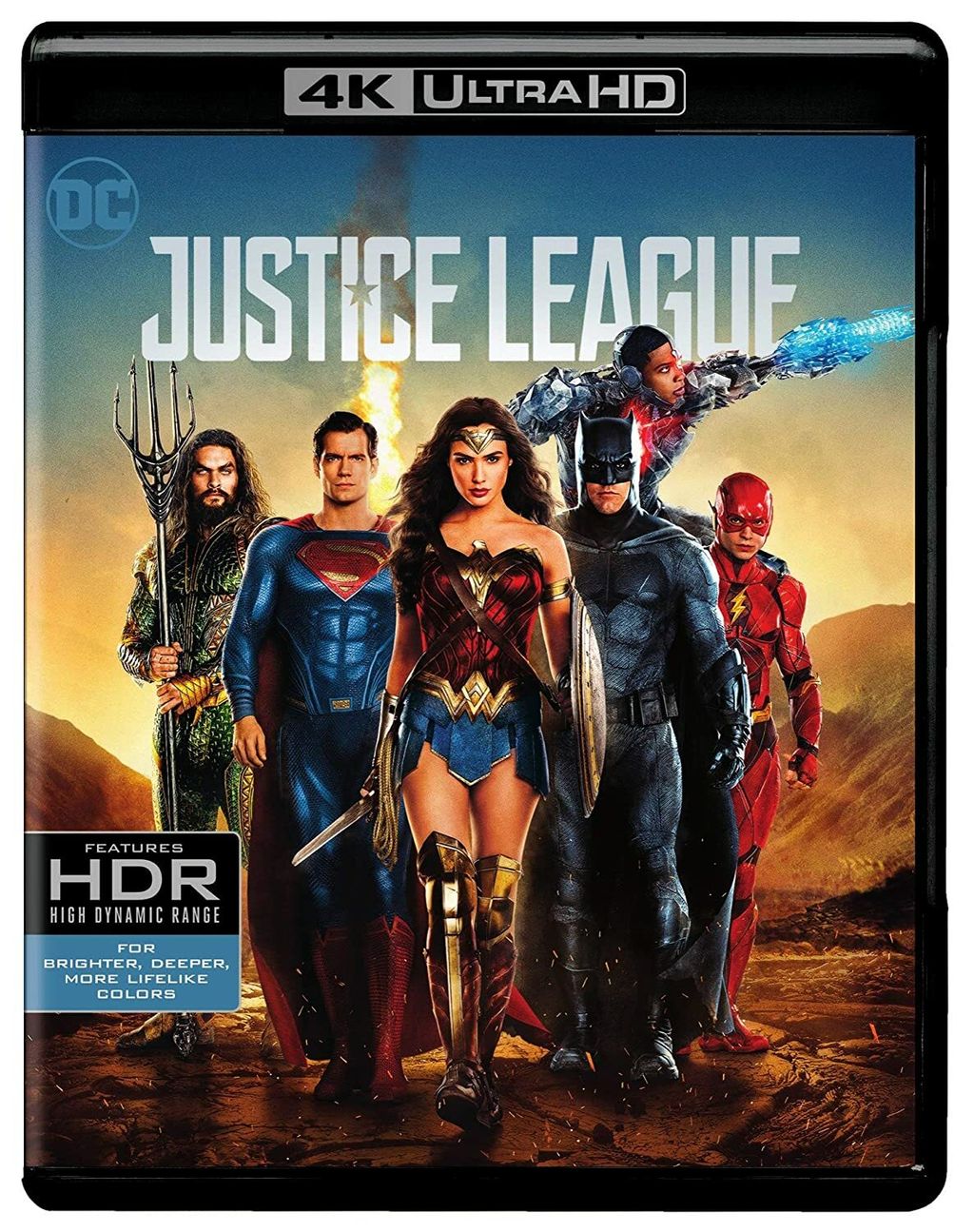 Warner's 2160p, HEVC /H.265-encoded UHD presentation of Justice League has been sourced from a 2K digital intermediate, and while that may limit the disc's ability to provide more detail, that doesn't mean the upconverted 4K can't offer meaningful—indeed, substantial—improvements over its 1080p cousin. HDR grading has significantly increased brightness and contrast to such an extent that the standard Blu-ray looks almost drab by comparison. Take the opening sequence in which Batman confronts a burglar on a Gotham rooftop, whom he plans to use as bait to lure one of Steppenwolf's Parademons. It's a dark sequence, with Batman introduced from the burglar's point of view, perched on a nearby outcropping. In 1080p, the Caped Crusader's outlines seem to melt into the masonry, while on the 4K disc, he pops out of his surroundings. The same increase in visibility characterizes the entire encounter, making Batman's every move easier to follow. What the sequence gains in clarity, it sacrifices in atmosphere, but I suspect most viewers won't mind the tradeoff.

Similar improvements in contrast and clarity are visible throughout JL's 4K presentation, and they are particularly welcome in the extended tunnel sequence under Gotham Harbor, especially when the action ramps up and the frame is filled with (mostly CG) figures battling in dark surroundings. Also helped is the final showdown with Steppenwolf and his minions on the ground and in the air over a defunct Russian nuclear facility, where smoky skies and vast expanses of dust and debris provide a challenge to visibility that sometimes obscured the action on the Blu-ray. Not so on the 4K, where everything remains vividly distinct. The film's brief visit to Aquaman's home in Atlantis also gets an HDR upgrade, with improved visibility and sharpness cutting through the overlay of CG-generated seawater.

Even in scenes that aren't darkened by night or other factors, the UHD offers readily observable improvements in contrast and highlights. The glints of reflected light from Cyborg's evolving armor and the subtler reflections from Wonder Woman's signature costume are two of many examples. The textures of Batman's cowl are also more noticeable, as is the weave of Superman's costume. The faces and clothing of the Arctic villagers for whom Aquaman provides food and protection are more obviously roughened and weather-beaten.

These improvements do come at a price, however. The 4K disc's visual tightening sometimes reveals the seams of the CG stitching that the 1080p image effectively smoothed over. (It's analogous to the phenomenon with classic cinema, where 1080p scans from original elements revealed flaws and artifice that the original creators expected would be hidden by several generations of film printing.) A telling example occurs when the newly formed League departs for Russia in Batman's aerial transport, leaving Alfred standing behind on the platform that rises out of the hidden entrance to the Batcave in the lake next to Wayne Manor. (A 1080p capture from the sequence can be found in the main review.) The scene is almost entirely CG, with a few live-action elements filmed against greenscreen, and as the camera pulls back and slowly circles, Alfred's lone figure is meant to shrink into the background, as he says goodbye to Bruce Wayne, possibly for the last time. It works in 1080p, but in 4K/HDR the intensified contrast transforms Alfred's distant figure into a cartoon squiggle that doesn't quite mesh with his surroundings.

HDR grading doesn't appear to have changed JL's palette, although the film includes such a diversity of locales and color schemes that it's possible minor changes may have escaped my notice. In general, colors are more refined, and the increased overall brightness lends more intense hues an extra touch of "pop".

The 4K disc contains the same Dolby Atmos track previously reviewed, and it also offers the same (in my opinion, redundant) DTS-HD MA 5.1 alternative found on the standard Blu-ray. Unlike the standard Blu-ray, however, the UHD defaults to lossless DTS, and the Dolby Atmos track must be selected manually. Why Warner's UHD division continues to master their discs in this fashion remains a mystery, especially since the team overseeing 1080p releases seems to be able to get it right.