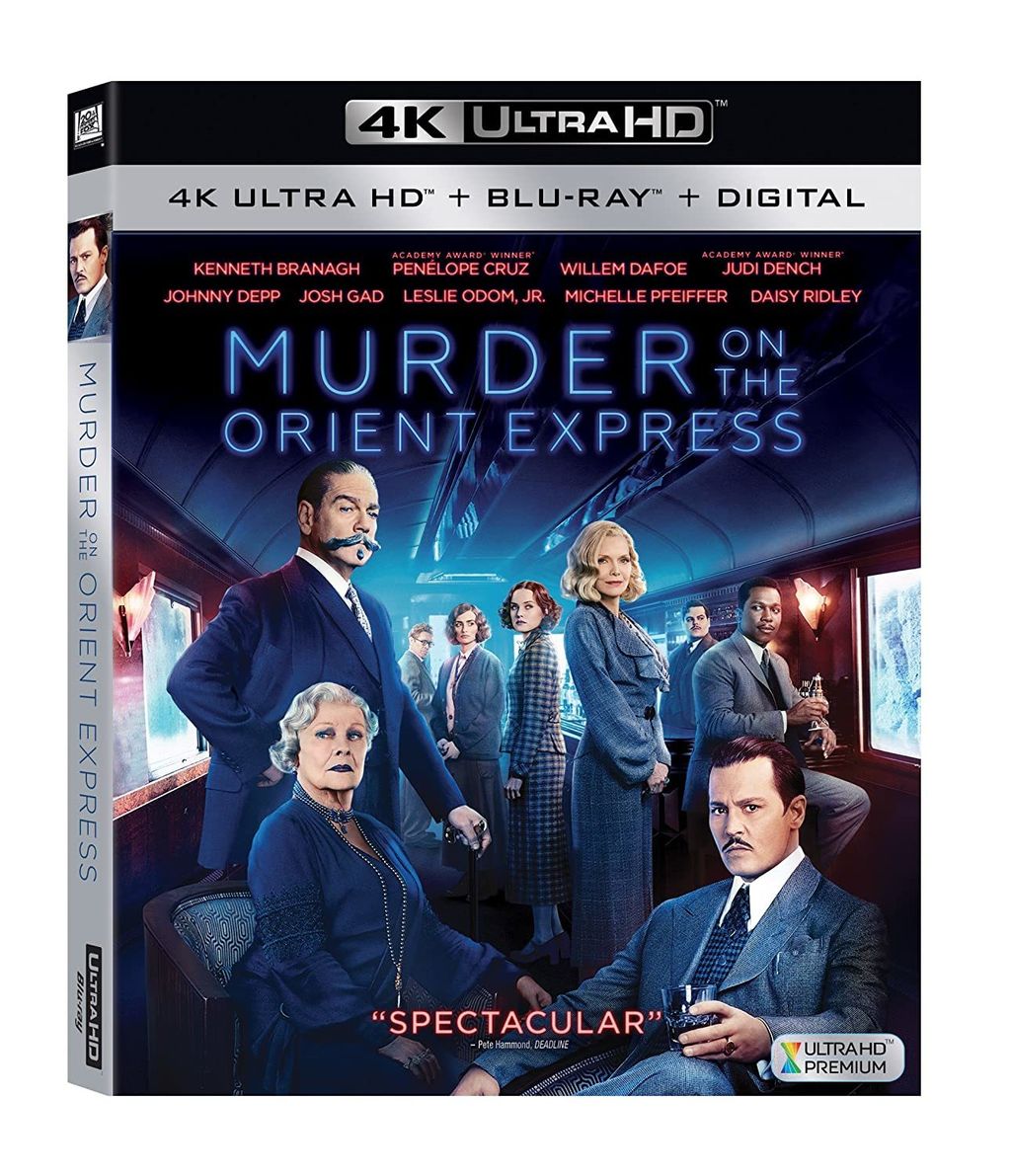 Murder on the Orient Express is presented on 4K UHD courtesy of 20th Century Fox Home Entertainment with a 2160p transfer in 2.39:1. If I might date myself by quoting an iconic old ad: Mmmm, mmmm, good. This 4K presentation instantly jumps to the top of titles I've been reviewing in this still developing format, and I think it may in fact be the first large format (65mm) film finished at a 4K DI that I have personally reviewed. I gave an unqualified rave to the 1080p Blu-ray's video presentation, and I'd just simply add that this 4K UHD version turns everything "up to 11" (if I might quote something a bit newer than that old ad). This is simply a stunningly sumptuous viewing experience, one with a noticeable uptick in fine detail levels from the 1080p Blu-ray version, but with a whole new range of tones courtesy of HDR. The opening scenes offer great examples of fine detail (watch when Branagh is backlit early in the film as Poirot examines eggs, and you can virtually make out each individual downy hair protruding from his cheeks). In the opening scenes (before the train), the gorgeous sea waters that are in the backgrounds of several shots have a really appealing new teal hue, and other elements like the lovely wine colored dress Pfeiffer wears early in the film pop with new immediacy and at times slightly tweaked ranges of tones. Especially effective in this version are the several blue soaked nighttime shots, which have a depth of color now that is decidedly stronger than the already excellent 1080p Blu-ray. About my only qualm is the same one that I mentioned in the 1080p Blu-ray review, namely that some of the CGI shots look pretty artificial. I will say the impressively organic looking grain field is arguably a bit better detailed on the 4K UHD version, but frankly, both versions look great in this regard.

Also turning things "up to 11" is the 4K UHD version's Dolby Atmos track, one that takes a flawless DTS-HD Master Audio 7.1 presentation on the Blu- ray and offers some subtle but noticeable new placement of effects. Even as early as some of the production company mastheads, there's new overhead action, something that continues as the church bells peal out as the film gets underway. The same excellent surround activity that was featured on the 1080p Blu-ray version is duplicated here, along with some newly impressive panning sounds before the train gets stuck, as well as a somewhat more spacious accounting of Patrick's Doyle's score. Dialogue is presented cleanly and clearly, though Branagh's accent is a little thick at times.

Note: As seems to be the case with 20th Century Fox releases that arrive in both 1080p and 2160p formats, the audio and subtitle specs are different for the different discs. The specs above are for the 4K UHD disc.