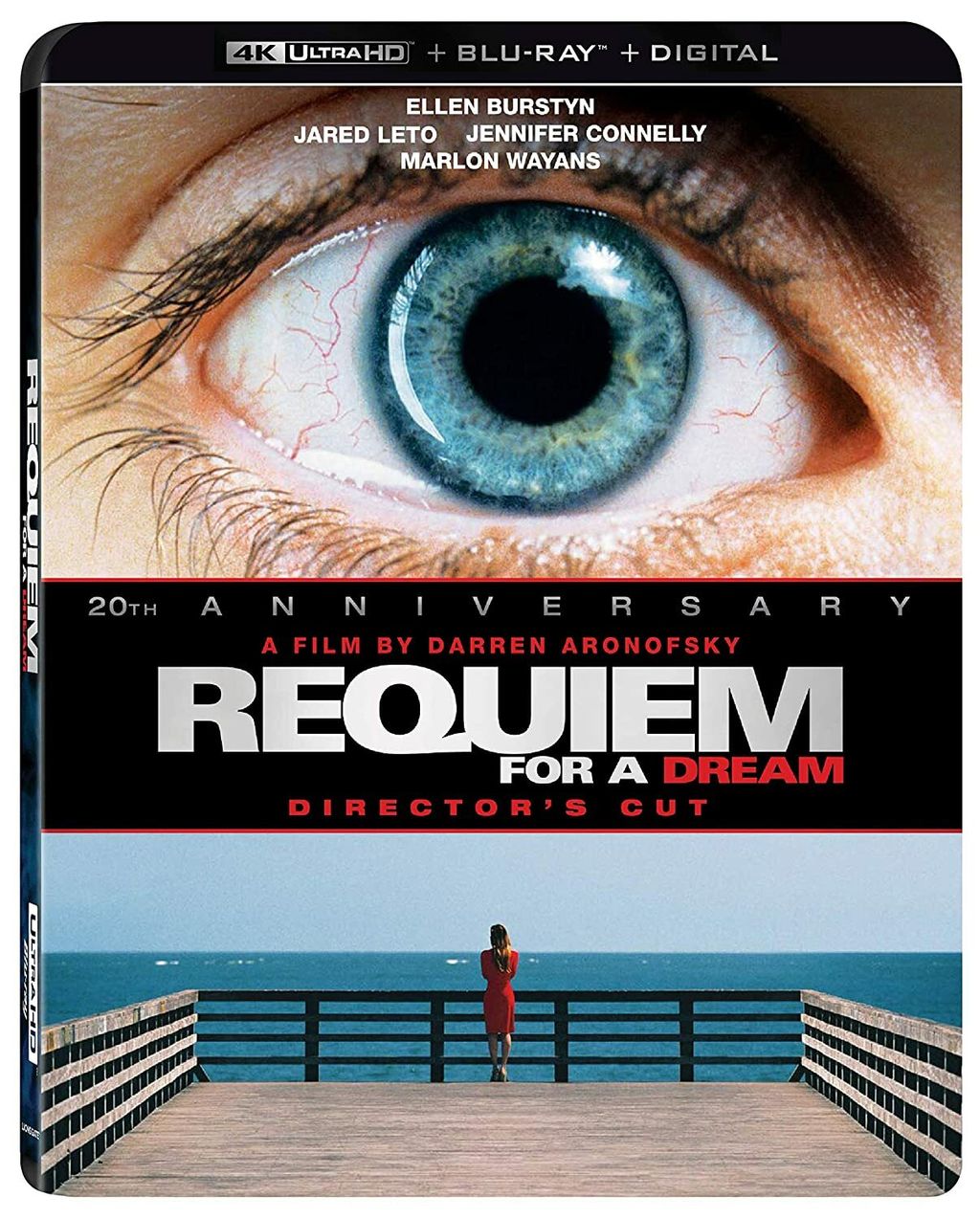 Requiem for a Dream is presented in 4K UHD courtesy of Lionsgate Films with a 2160p transfer in 1.85:1. As Director of Photography Matthew Libatique alludes to in his interesting commentary, this is an often intentionally heterogeneous looking presentation that can ping pong between crystal clarity, fuzzier video feeds and the more psychedelically tinged hallucinatory elements, and as such those looking for pure consistency in the imagery and its perceived detail levels may need to adjust their expectations. To my eyes, despite the huge variances in styles Aronofsky and Libatique employ, detail levels are measurably improved in this version, and Dolby Vision adds some fascinating highlights to an already often skewed palette. The "seasonal" colors are often exceptional, with some of the blues and teals in fall especially resplendent. Fine detail often is virtually palpable, as in the textured paper that some recipes are on, or even in the kind of brocaded wallpaper in Sara's apartment. Outdoor material pops extremely well, and depth of field is excellent in the many seaside or amusement park scenes. Grain generally resolves naturally, though it understandably spikes during opticals like the split screen moments. It occasionally looked just a bit noisy to me in some of the amusement park sequences in particular, especially toward the very corners of the frame. The entire winter sequence generally looked grainier than some of the rest of the presentation. Some of the "video" elements probably aren't done any favors with the increased resolution of this presentation, and so some of the tv material can look slightly pixellated at times.

Requiem for a Dream features a fantastic sounding Atmos track that regularly exploits both vertical and horizontal placement. The tinkly (glockenspiel? celesta?) opening cue clearly wafts overhead, something that's bookended by the midair placement of the bird calls during the closing credits, but throughout the track, there is really good engagement of the Atmos channels, especially in some of the transitions into drugged out scenes. Mansell's score really sounds excellent throughout, though some may feel some of the string cues in particular can sound a bit brash. The film's multilayered sound design achieves excellent separation and perhaps surprising amounts of clarity throughout, with dialogue rendered cleanly and clearly. As "in your face" as some of the imagery in this film is, in my estimation the sound design adds as much to the general perception of unreality in this film, and this Atmos track really allows the listener to enter a world where things don't necessarily wait for night to go bump.