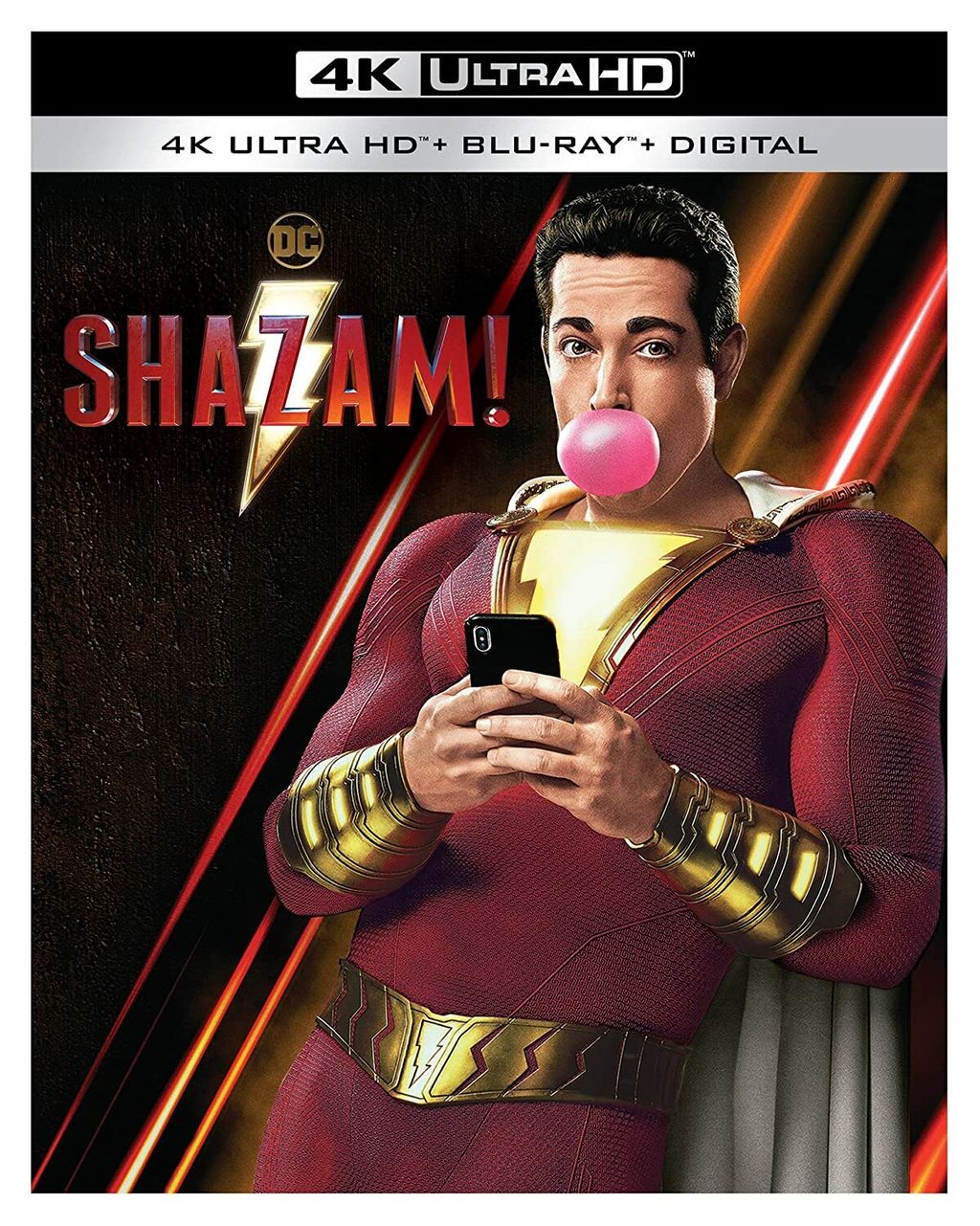 Shot digitally with Arri Alexa Mini and SXT cameras at a native 3.4K resolution, Shazam! is ever-so-slightly upscaled for this 4K release. It's similar to the technical specs of Aquaman, with the obvious disclaimer that both films vary quite a bit in their visual styles and the number of CGI effects used. And while Shazam! obviously aims for a much more down-to-earth atmosphere (or at least out-of-water), the benefits of this 2160p transfer and HDR color grading are absolutely not wasted on it. There are too many highlights to count: Shazam's glowing chest emblem (practically lit, not CGI-enhanced), the wizard's lair, magic-oriented effects, and real-world locations such as the climactic carnival visit, just to name a few. Primaries pop amazingly well and really jump out in darker scenes, while subtle variants of blue and red create a great deal of visual interest in unexpected areas. Image detail is outstanding during wide shots and close-ups alike (Shazam's costume, for example, is layered with Green and Roman textures that are more "readable" in 4K), with crisply-defined edges and excellent contrast levels that give the image a smooth but not waxy appearance.
My only reservations about the Blu-ray were in regard to occasional noise during darker scenes and banding on subtle gradients (especially during one scene where Freddie touches Shazam's emblem); while not eliminated completely, these issues are dialed back to almost zero thanks to the film's substantially higher bit rate and more robust color grading. (In fact, I am all but convinced that any remaining issues, no matter how minor, may be part of the original source material at this point.) In motion, all but the most eagle-eyed viewers will notice absolutely no shortcomings. Shazam! is simply a great-looking film and this 4K edition represents the strongest option currently available.

Likewise, the default Dolby Atmos track provides all the sonic weight and power you'd expect from a superhero movie. Obviously, everything's dialed back quite a bit during the "regular" moments, but that's completely fine: when Shazam! kicks into gear, it really pushes the limits of every available channel. Front panning effects are quite common, while the rear channels also get a hefty workout during some of the more action-oriented sequences and magical effects. LFE is similarly strong during these moments, as well as unexpected times such as talking statues in the wizard's domain and Freddy's repeated attempts to figure out his big brother's new-found powers. Height channels are used logically and to great effect on several occasions, such as the bullies' free-falling truck and a second-half bus accident that leaves dozens of passengers dangling from a highway overpass. Similar to its visual presentation, Shazam!'s Atmos mix swings for the fences but, within its own boundaries, everything feels as natural and organic as possible.

A redundant Dolby Digital 5.1 tracks is also included (thankfully, it's not the default), as well as lossy dubs in French and Spanish. Similarly, optional subtitles are offered during the main feature in English (SDH), French, Spanish, and several other languages. These subtitles are white and nicely formatted within the 2.40:1 frame.