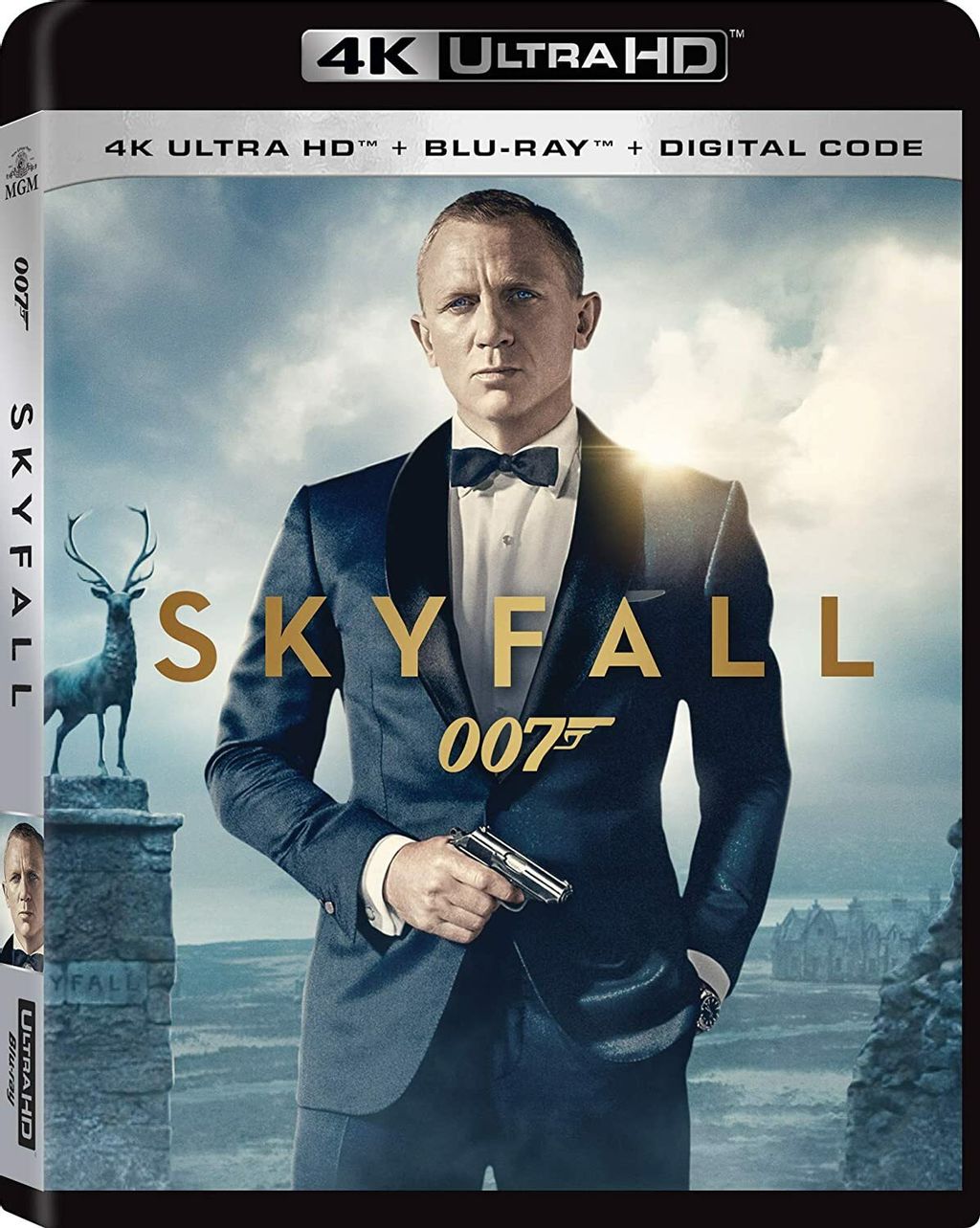 Skyfall was shot on digital, reportedly at a resolution of 2.8K and finished at 4K. The resultant UHD image is no slouch, enjoying razor-sharp details throughout the film. Character close-ups are a treat, featuring complex facial hairs, pores, and other skin details with great efficiency and clarity. Environments are striking, too, whether intimate locales or sprawling expanses. The clarity holds up even through fast-moving action, of which there are many examples. The image has a more natural look to it when compared to either one of its predecessors, and Quantum of Solace in particular. The UHD's qualities surpass the Blu-ray, and even if the differences are not entirely drastic, this makes for a very nice textural boost that serves the film with a pure, natural look.

The Dolby Vision color grading brings the expected improvements, including superior black levels, which look comparatively flat and washed out on the Blu-ray, particularly on an overhead establishing shot of Shanghai at the 41:39 mark; the positive transformation is quite striking, as is the improved luminance to the bright neon colors accenting the frame. That is one of the best looking shots in the movie and there is no better example of black level goodness to be found in the film. General color depth is improved, tones find superior pop and depth, and flesh tones appear grounded and accurate. The image shows no major source or encode anomalies, but there was a digital hiccup at the 34:45 mark on the review Oppo UDP-203 where the image froze and pixelated and jumped the movie ahead a bit in time.

With some exceptions it's standard practice for studios to release films -- new and not-so-new -- to the UHD format with either a Dolby Atmos or DTS:X soundtrack. Skyfall is one of those exceptions. For this UHD, MGM has simply repurposed the admittedly effective DTS-HD Master Audio 5.1 lossless soundtrack from the previously issued Blu-ray. Some fans might bemoan the omission, but in truth there's absolutely nothing wrong with the 5.1 presentation. It's every bit as dynamic, large, and fun as a contemporary Bond soundtrack should be, and even lacking some of the added back and overhead channels there are no obvious gaps in coverage or areas where more speakers might have greatly benefited the track beyond adding some very minor nuance. Are there moments when listeners will say, "that could have benefitted from an overhead component!" Yes, absolutely. Does the track in any way shortchange the movie watching experience? Not at all. The 5.1 track remains a bit of well engineered sonic delight. Please click here for a full review from the 2013 Blu-ray.