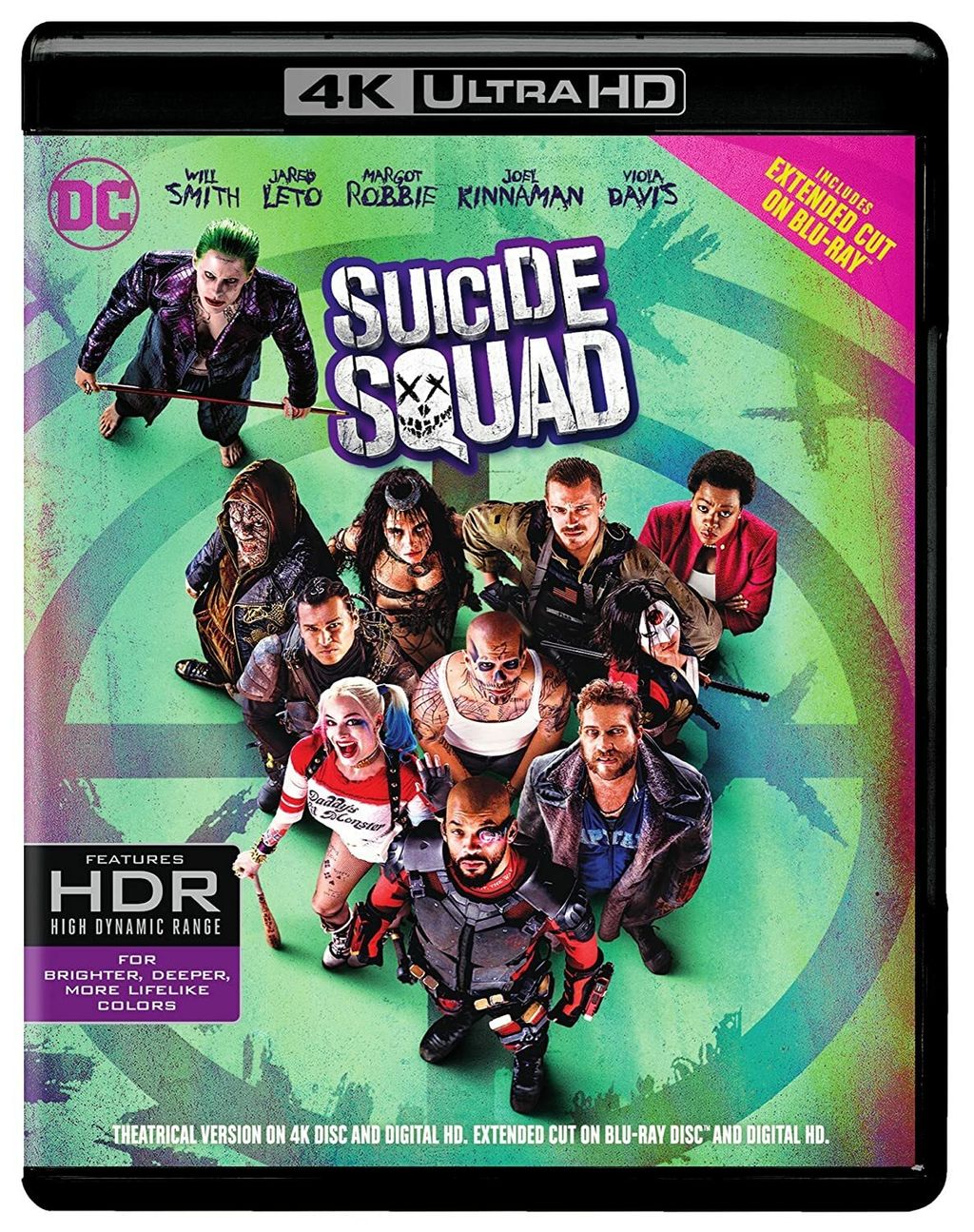 I have been watching 4K discs since the format's debut last March, including review discs and others, but Warner's 2160p, HEVC/H.265-encoded UHD of Suicide Squad provided a unique experience, as I stared at the screen trying to make out any improvements over the standard Blu-ray. Since the film was completed on a digital intermediate at 2K, it isn't surprising that the 4K discs offers no increase in visible resolution, but the HDR encoding (so heavily touted in Warner's ubiquitous promo for UHD) typically supplies a more vivid image through improved contrast and black levels. Not so with Suicide Squad. Contrast is not enhanced, and to the extent blacks have been altered, the change isn't for the better. In scene after scene set at night or in dark interiors, blacks appear to have been brightened by the HDR encoder to the point where an already dim image has gained an additional layer of haze. (The scenes involving Incubus and Enchantress working together to destroy the world are particularly notable in this regard.) The change in black levels may also account for some subtle shifts in color values. For example, Deadshot's prison jumpsuit, which was previously yellow, is now a subdued shade of orange. The reds of Harley Quinn's hair, lipstick and costume are less red, while Joker's hair has become a shade more green. No doubt, adjustments to one's player or display device can compensate for these various anomalies, but what is the point of acquiring a 4K disc that requires tweaking the equipment just to achieve as good an image as the standard Blu-ray?

Suicide Squad arrives with a Dolby Atmos soundtrack that provides all the sound and fury that fans have come to expect from a comic book epic. Gunfire, vehicular mayhem on the ground and in the air, explosions and the thunder of massive rubble and debris are all delivered with wide dynamic range, numerous rear-channel effects and a sense of total immersion. Compared to other Atmos soundtracks I have reviewed, however, Suicide Squad's seems to take less advantage of the format's ability to place specific sounds in the environment, including overhead. Much of the reason, I suspect, relates to Ayer's preference for accompanying almost every big sequence with a song from an extensive jukebox of mostly familiar tunes, usually as an ironic commentary on the scene (e.g., "Sympathy for the Devil" when Waller first appears or "You Don't Own Me" to introduce Harley Quinn). It's an effective stylistic device, but the songs tend to drown out sonic subtleties in the mix. The dialogue is clearly rendered and properly localized and prioritized. Steven Price, an Oscar winner for Gravity, provided the heroic score.