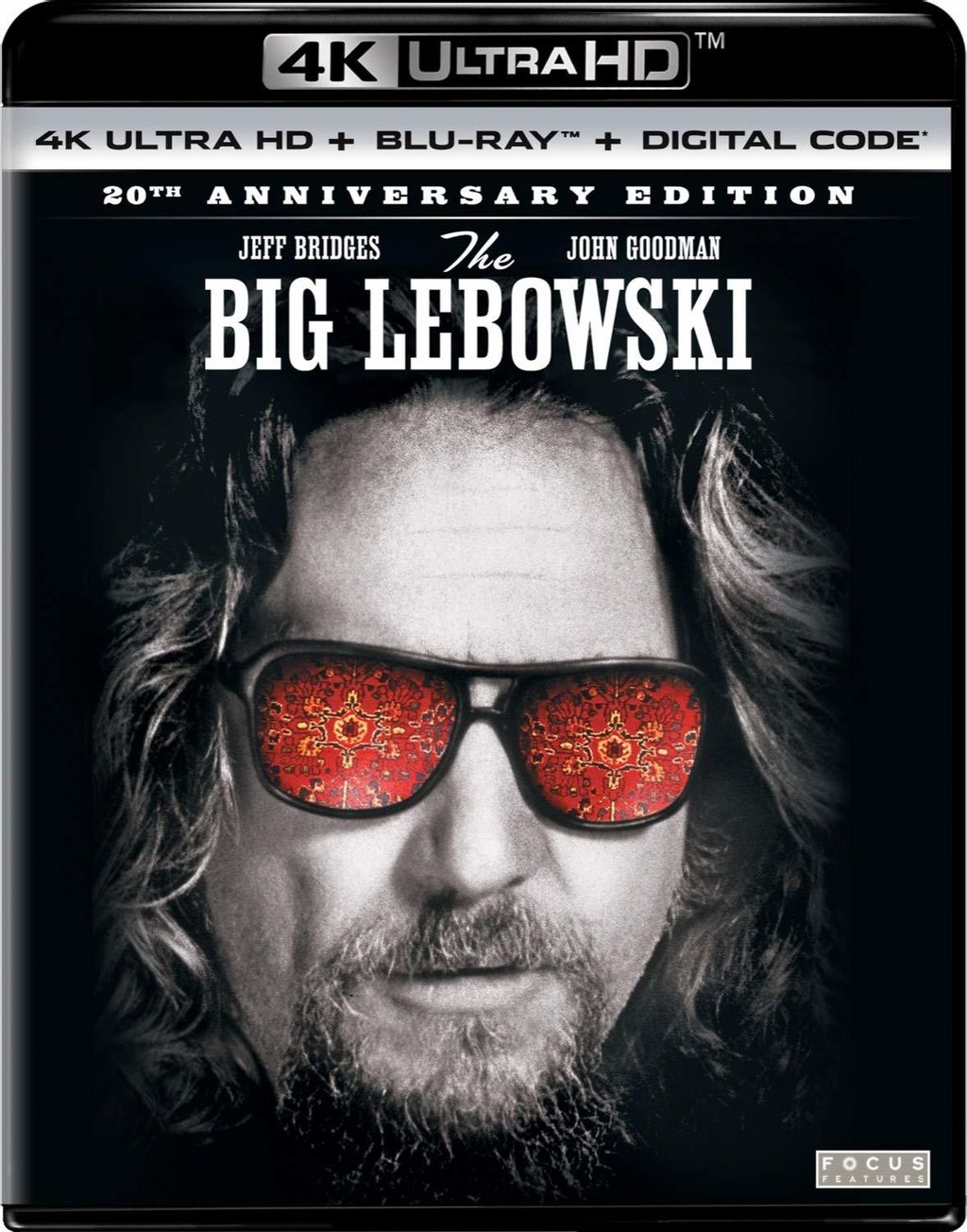 For its UHD debut, there's absolutely no reason to mark The Big Lebwoski's 4K/HDR transfer a zero. In fact, it's a stellar image and a significant upgrade over the previously released VC-1 encoded Blu-ray. The image appears a little dull and flat in the opening moments over the desert outskirts of Los Angeles, but once action shifts to the supermarket, the color explosion, stabilized detailing, and filmic veneer begin to take shape, and with screen-commanding authority. The HDR color presentation in that scene reveals an intense, well saturated barrage of colors against white and off-white colors, under harsh grocery store lighting at that, in the opening minutes. Scenes inside the bowling alley reveal a more finely saturated and intensely bold accent coloring, a quality that carries over to Jesus' colorful apparel. The end scene features a superior presentation of the ash-scattering ceremony. The add in color saturation and density and vibrancy of the red coffee can and the blue sky above the characters presents a startling transformation from the Blu-ray that, combined with the significant add in detailing, makes it a 4K/HDR reference-worthy scene. Black level depth is greatly improved throughout the film, particularly in exterior shots outside the bowling alley or when Walter takes a crowbar to a red sports car at night. Flesh tones are more even and accurate as well.

The UHD's benefits do not end with its beautiful color presentation. The movie was shot on film, and the native 4K resolution is presented with care and accuracy. Grain is constant, light, and complimentary, supporting a wonderfully organic filmic veneer. Textural bounties abound, from the innate clarity of faces to the lines and complexities around the bowling alley, such as the wood floor and the seating and scorekeeping areas. Dude's car, which becomes increasingly more dilapidated as the film progresses, showcases all the wear and rust with remarkable precision. The 4K image presents the grime, mildew, wear, and tear around Lebowski's home, and particularly in his bathroom, with startling, and sometimes nasty, detail. The picture is absolutely a revelation over the Blu-ray in color, detail, clarity, and filmic texturing and cannot even approach the finesse and precision the UHD has on offer. This is one of the most pronounced upgrades on the format yet and one of the finer UHD releases, period. But that's just, like, my opinion, man.

The new DTS:X Master Audio soundtrack delivers rich, full music with seamless spacing and enjoyable width. Clarity is fine through selections of score and vintage tunes alike (from The Eagles to Kenny Rogers and The First Edition). The sound design is not particularly active to any significant degree. Bowling alley atmospherics gently draw the listener into the location, with more prominent sounds of rolling balls and crashing pins sonically detailed and deep when closer to the action. Smashing glass, a few gunshots, and a handful of additional support elements enjoy crispness and proper stage positioning but never stand out as beyond ordinary. Some of the dream sequences take advantage of the added overhead channels for a little supportive fill, as does the scene introducing Maude; top-layer engagement is limited to minor fill effects and support beyond. Dialogue, which is the primary sonic propellant throughout the movie, enjoys perfectly defined clarity, positioning, and prioritization throughout the film.
4K Bluray details