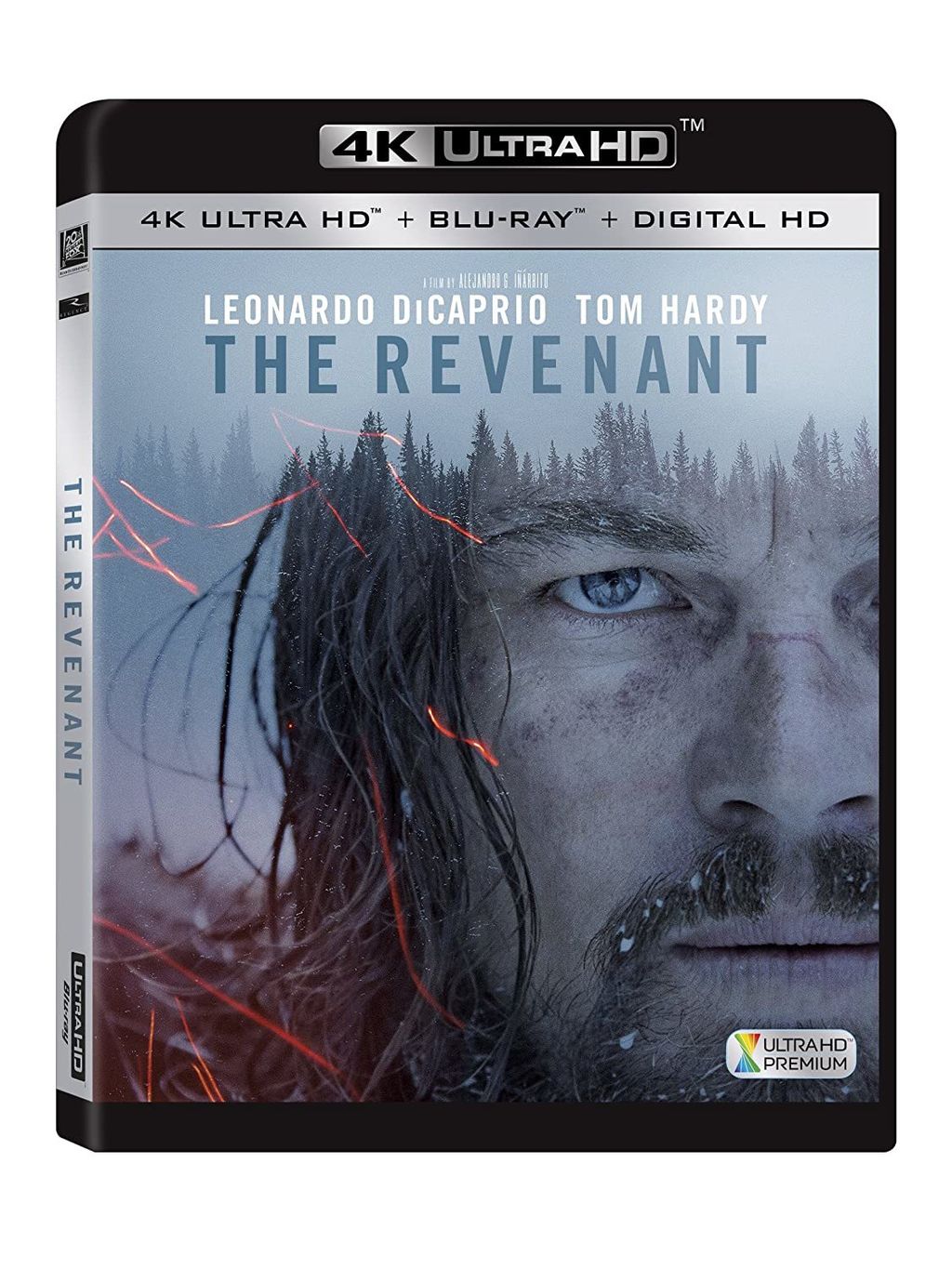 The Revenant 4K is presented on UHD Blu-ray courtesy of 20th Century Fox Home Entertainment with an HEVC / H.265 encoded 2160p transfer in 2.39:1. I go into some of the provenance of the capture and subsequent DI in our original The Revenant Blu-ray review. Suffice it to say that this new 4K version is a stunning visual experience, though it's one that's manifestly different from the 1080p Blu-ray version. I was pleasantly surprised when the film opened with the pan across Glass and his family that there was no judder whatsoever, something readers of my other 4K UHD reviews will know has been a recurrent feature of some of my early viewing experiences in this format. That relief was somewhat tempered a few minutes later in the initial hunting scene with Glass and his son, when there was brief but noticeable image instability in the tops of the trees as the camera panned across them. But what struck me from the outset was the much more naturalistic color grading this version has been given. There's a slightly warmer look to large swaths of the film now, and the greens that are so prevalent up through the bear attack (and a bit beyond) are much more finely gradated, with a subtler range of tones. A number of the dream sequences are less honey hued than amber now, something that makes them pop even better against the barer palette of much of the rest of the film. The cool blues and slate grays of many of the wintery ice bound sequences now are much warmer and natural looking, something that I actually found quite pleasing, though individual tastes may vary. The level of detail in some of the more gruesome scenes is stomach churning. One especially horrifying example is when Glass emerges from his "hide shelter" (those who have seen the film will know what this refers to), where the level of detail in blood splatter and what looks like little bits of gristle is much more precisely rendered (for better or worse) in this new 4K version. There are still some bluish tints to several key sequences, including (to cite just two examples) the "vision" Glass has of his son by the church and the attempted rape scene with the Native American girl, but even here the grading seems less sterile and cold than in the Blu-ray version. Levels of detail are outstanding throughout, and I'd easily rate this as a reference quality disc for early adopters of this format.

Note: I did experience a much longer HDMI handshake than usual after the initial Fox logo but before the actual disc main menu. As is typical in situations like this, I had audio but no video. This particular lapse lasted for well over a minute, and I was in fact about to try rebooting when the video element suddenly burst into view.